I arrived at Goliath on the Thursday 01/08/19, I was very excited to see all my poker buddy’s and play the Goliath for my 4th year running. I started playing on the cash tables, I sat there for 2 hours and did not win a pot 🙁 AK into pocket 10s, JJ into AQ and 88 into A 10 off.
Then one of my friends Daniel Charlton came and sat down next to me, I hoped he would bring me some luck. I finally started to win a few pots but then soon went busto 🙁
I then decided to register for the jokers wild tournament as it’s usually very fun to play but it unfortunately wasn’t to be, I had had no luck in this too and I bust out.
It feels like at the moment give me the best starting hands possible and I’ll find someway to lose with them.

The tournament started at 11am and unfortunately I did not sit down until 12.45pm as I got locked in my apartment as the yale lock was broke. When I sat at the table and was very shaken up which i thought would’ve maybe effected my game.
I looked down at my first hand to see Aces I’m thinking as my luck might have just changed, I was finally running well and hands were holding up.
I came back after the dinner break only to lose every pot. I then again had AA against AQ, I called a pre flop all in, A Queen came on flop and then another Queen came on river!! It then left me with 12 bigs. I built by stack up again to 11 bigs where I find pocket 8s and push. I’m sat in high jack and under the gun calls with QJo. Dream over……. surely I’ll have some better luck next year? I’ve never ran so bad all year round at poker. Where is my variance??
I headed over to Walsall Grosvenor shortly after to play a small tournament on the Saturday and oh yes I bust that too.

However despite all my bad luck I had an amazing weekend and also got to meet Patrick Antonius! 🙂 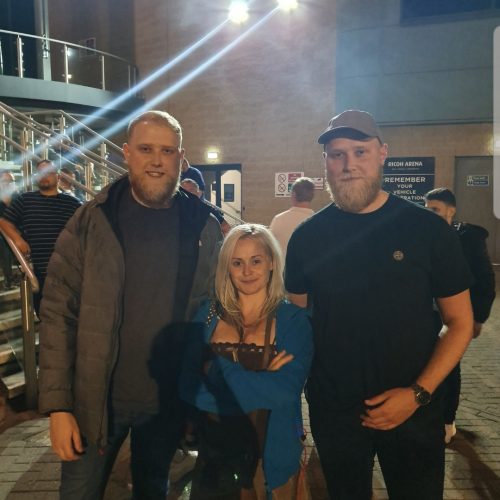 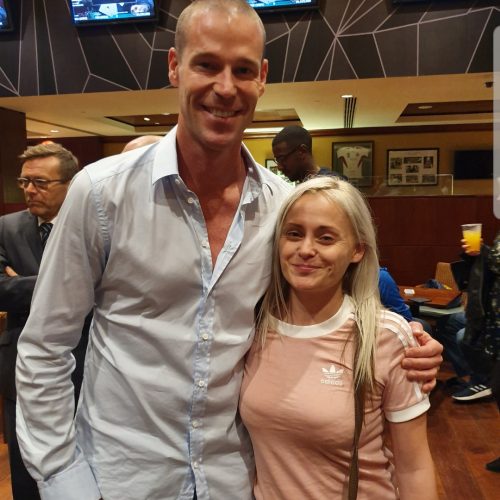 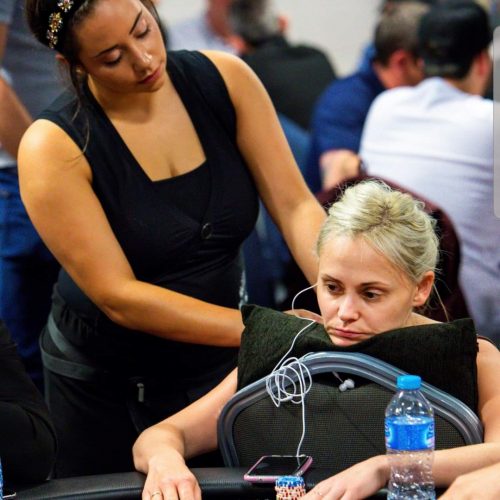 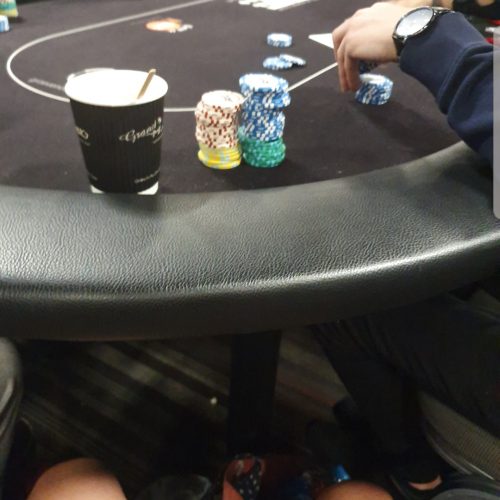 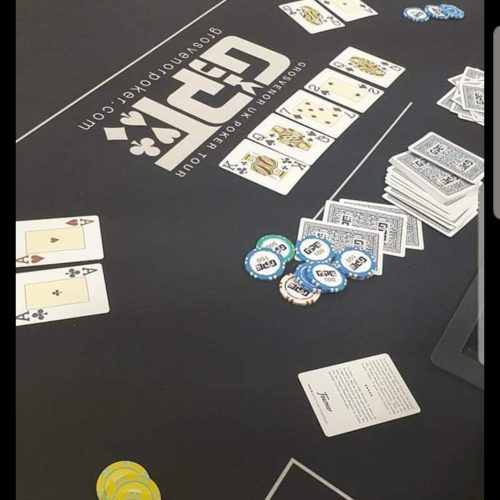 I can see you bluff