This is one of my favourite poker events of any calendar year so I was extremely proud to have been asked to submit a team as captain. We were one of the 40 lucky teams to be accepted, so now all I had to do was pick a worthy team ready to challenge for honours. In recent years the East Herts team had been made up of players who attend regular games in the area, some of which had been eaten alive in previous years because of the calibre of the field in this particular event. After speaking to Dawn (fellow BB member and previous years winning captain) earlier in the year it was clear to see that I couldn’t pick people on that basis if we were to stand any chance of challenging for the title.

Therefore I started asking players earlier in the year (6 out of the 8 were from BB) who I was delighted when they accepted my invite to join me. Our team was Me as Captain, Lisa Greer founder of East Herts, Ben Greer, Joby Plunkett, Karen Balbi and Tom Clark who had all played a team event for East Herts previously plus the new additions of Ian Thompson and last but not least Jo Chillmaid who has an excellent track record in this event. All of which are regular faces on the APAT circuit and have been very successful over the years so I knew our team was strong. This was then confirmed when the side betting odds announced us as third favourites.

DTD really is the best cardroom that the country has to offer in my opinion. They just get the players needs, everything from those awesome little side tables to the cardroom staff and TD are spot on, not to mention their exceptional food and speedy service.

The seat draw was announced and tournament started, it wasn’t long before the first bust out on the table behind me. This definitely wasn’t our team plan to be putting your stack at risk so early on. Our plan was for everyone to make day 2 with at least one big as points don’t start until the second day of this event. At the second from last level all of our players were still in which I was delighted with, within this level we had two short stacks, one of which bust out in one of the sickest beats I’ve seen for a while – AsKs vs 99 AIP, flop came 10s6s4s….After watching the flop I sat back down on my seat only to find out it came running 4 4 :(. We lost the other short stack in this level. Within the last level we lost another player QQ vs KK AIP. Day1 finished with the 5 of us going through which I would’ve taken at the start so I was happy. One team took 7 through, next was us with 5 along with 3 other teams. We were definitely in with a chance for a medal which was great news 🙂

We all went home to bed ready for day2 which started with an early burst out for us, we lost another player in the next few levels. The top 5 teams got paid, which we had locked up 4th shortly after which was nice to hear that our efforts were profitable. I was then next to go with 99 vs AQ AIP flop was 87K, turn was the Ace from space to send me to the rail in 35th out of 340 which wasn’t bad going. We still had two players left in when all the medal spots were confirmed until the final two tables. Joby Plunkett then bust leaving it down to Tom Clark to be our last man standing. He got through to the final table as one of the chip leaders and was in full contention for a medal. He went two better though and took down the whole thing, he got a nice shinny GOLD medal and nice sum of cash for his efforts…..Also he guaranteed our team East Herts into next years event which was awesome news! WELL PLAYED THAT MAN, I really couldn’t be happier for you mate 🙂

There are a few things we took away from this years event in order to improve on our position next year but all in all I’m extremely proud of how we performed and the effort the team put in! Next year we are aiming for at least one place higher but obviously a win would down well too 🙂 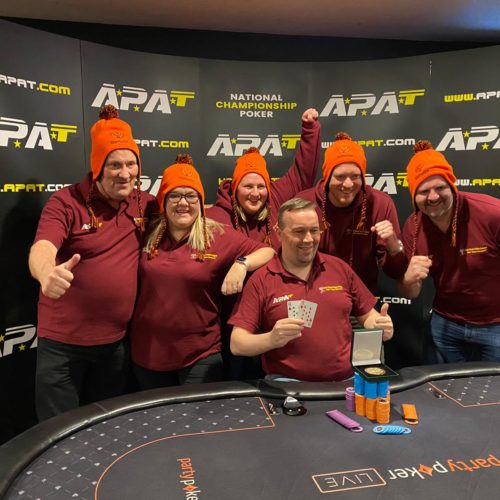 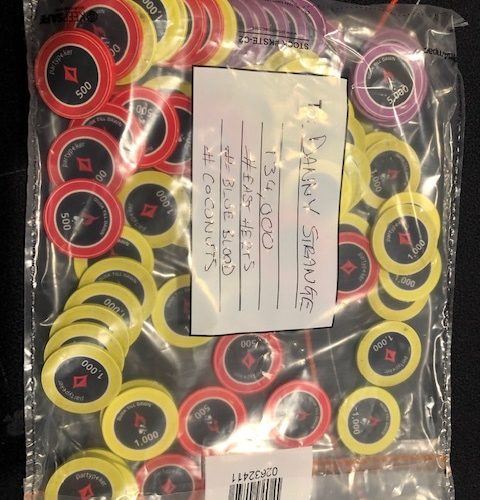 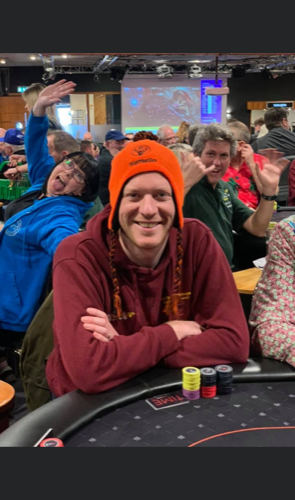 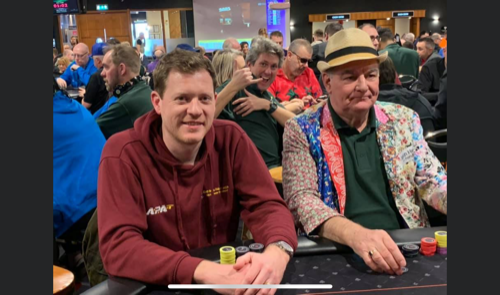