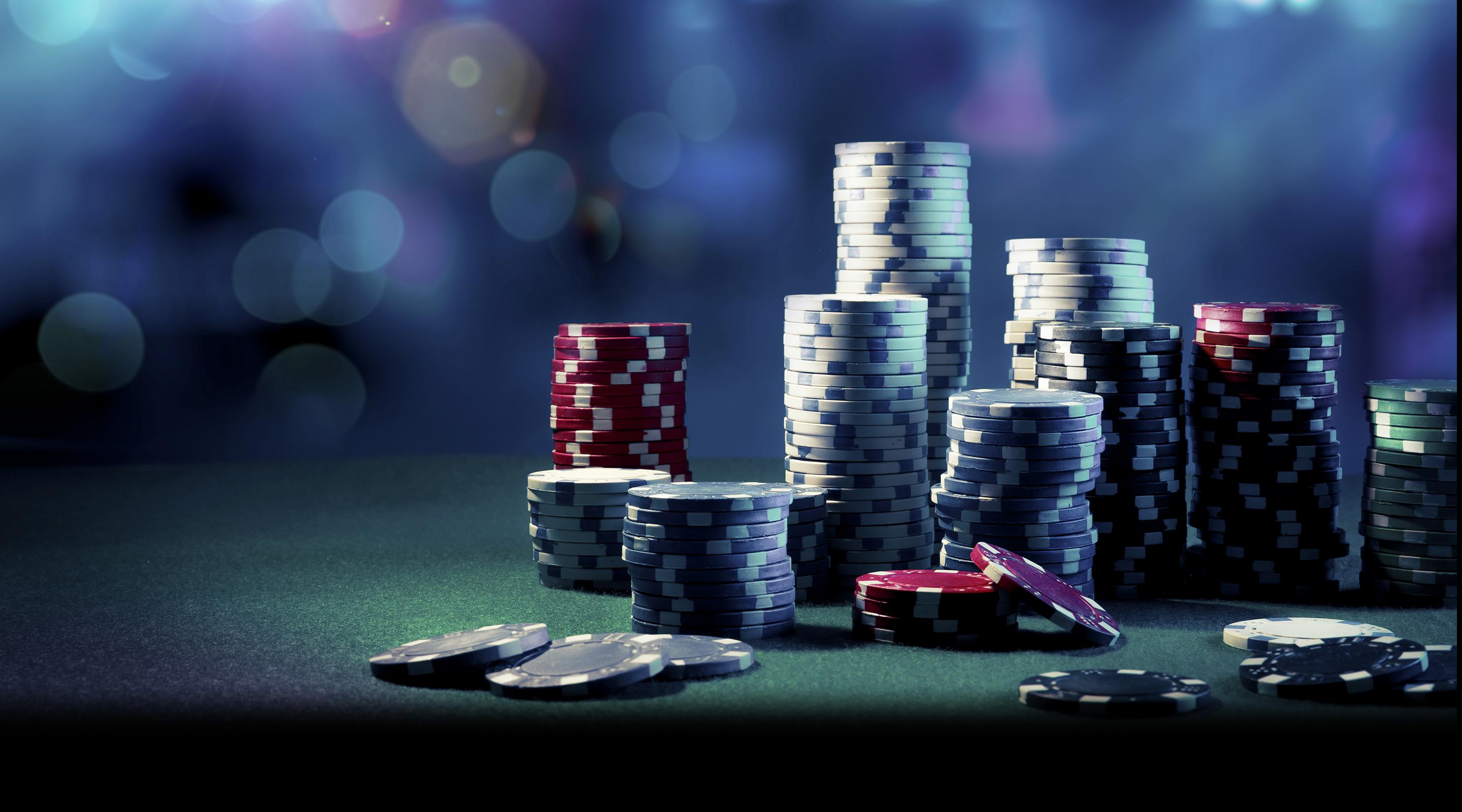 We are told that the Grosvenor Goliath Festival is the biggest outside the US and it certainly feels like it. Even early in the week the Ricoh casino is heaving. The ten days start with a £220 25/50 2 day event with 3 day 1 flights and Blue Blood were well represented from the off. Nic Rawlings was our first entry on Thursday, wearing his hoodie with pride for the first time. Nic is a talented player, well known to many on the team through the Black Country Poker Club and the Midlands poker circuit. It didn’t go well this time on a super aggressive table – he reports that 2 players were knocked out in the first hour or so, which is impressive considering that the average chip stack at that point is over 150 big blinds. He’ll be back later in the week.

Next up, Friday saw no less than 6 Blue Blood players enter the comp: old hands Phil Stein, Jeremy Brown, Matt Wood, Susan Goldswain and Mark England were joined by very welcome new member Mike Taynton, also really well known in these parts as a talented and successful player when his isn’t in his role as a professional poker dealer at the Genting International.

It was a bit of a rollercoaster for the team – Phil fired two bullets without success, getting coolered with straight over straight on the second one, Jeremy was very up and down but eventually bust late on, and Mike went down to 8k from a starting stack of 25k in the first few levels and managed to grind it right back before running into a succession of unfortunate rivers. 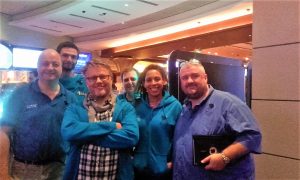 Susan was really patient and was very unlucky when Mark England was moved to her table and took a big pot straight away with queen ten on a queen-jack-ten blank blank board. She has sensibly refused to tell me what she had but I’m guessing either king queen or jack ten. Unlucky with either of those. She successfully played push fold poker and held on for a long time before eventually three-bet jamming tens and running into jacks; she hit a ten on the flop but her opponent hit a jack on the river. Super unlucky. Mark had made a great start which got even better when Mike came and railed him after his unlucky bust out and was a complete lucky charm: Mark got dealt ace king four times in about eight hands, hit every flop including knocking out a short stack with ace queen, and literally couldn’t stack his chips fast enough before raking the next pot. That took him to about 75k when the average was about half that. He then went completely dead until moved to Susan’s table, which then broke soon afterwards and he was hardly dealt another playable hand all night and had to watch his decent stack dribble away. A few missed draws and unluckily doubling up the super short stacks in position and his final 9 big blinds went in with king ten blind vs blind. The big blind woke up with ace queen and that was that, ten minutes before the end of day 1 after nine hours or so.

So it was only Matt who made it through to day 2 on Sunday with a short but playable stack of 56k and we wish him all the best with grinding it up.

Day 1A of the Goliath was played on Saturday 29th July and I think four BB players were involved. I don’t have loads of details at time of writing, but new member Steven Frew, who’s an excellent addition to the team – lovely bloke and a really good player with a Hendon Mob as long as your arm – got his stack to an impressive 140k which was above double average at the time, despite apparently three betting by mistake at one point (I’d like to know the details of this; sound amusing) then never saw another hand and bust in the penultimate level. He’ll be back later in the week. Phil Stein I think fired 2 bullets without success and is trying again on Sunday. 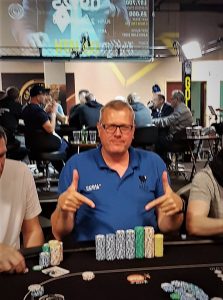 Mark Cooper and Reem Ahmed had much better days. It looks like Mark made consistent progress and ended the day bagging 183k which will be well above average. Reem went a bit better yet and was among the chip leaders in the room from early on in the day, eventually bagging an impressive 210k. There are several other BB players firing their first bullets on Sunday too: I’ve seen reports of Will Messenger and Jago Glenister, and Jeremy and Susan are in again I understand too, and there may be others who I’m not aware of yet too! We wish them the best of luck – check back here for results and updates. 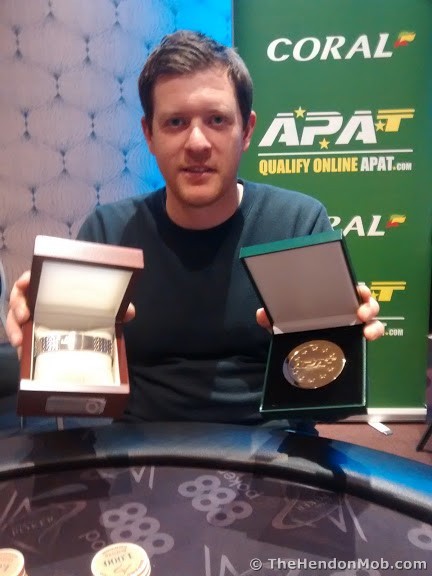